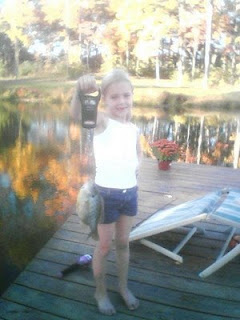 Sometimes I think challenging times are God's way of hitting our 'pause' button. In the pace of our crazy whirlwind of a life we forget to slow down so He does it for us. It could be an illness that shuts us down for awhile or a missed flight or a lost sale, or in our case job loss. It's our own personal 'time out'.

As the summer crept in, two more creatures were now living in our midst 24/7. Wide eyed creatures with the zest and zing that only summer break can bring! This brought stark contrast to the world of job search and life re-invention. Welcome reprieve on some days, a rattling disruption on others.

For a family accustomed to two traveling parents and a healthy dose of chaos, having a parent at their disposal was an interesting twist to their normal summer camp (otherwise known as daycare).

With the bank account still in tact and the life's decisions not yet made, I gave more advice. My advice was born of a little bit of jealousy. Ok, a lot of jealousy. Crazy isn't it. As I'm rushing out the door to my next appointment, there are my gifts from God sitting at the kitchen table playing crazy 8. I couldn't see this situation yet as anything more than a really cool gift. Remember I said the bank account was still in tact, it might not be so 'gifty' this summer but we'll take it as it comes. I advised to hang out and suck up the summer. Long days, lightening bugs, Popsicles, digging for worms, planting tomatoes, floatin on a raft....... Sounds more like vacation than unemployment. All a matter of perspective.

I've often said, and only half joking, that we have a therapy fund for our kids instead of a college fund. Our schedules were so whacky at times I was sure we had screwed it all up and I at least wanted to fund the therapist that would need to fix it.

So to think of having a summer to just hang out with these little buggers was such a cool notion. I had to believe that this was the summer that would bring my guy closer to his kids than he'd ever be. I'm always a little freaked out that they go from diapers to drivers license in about 12 days so to hit pause and have some real summer time antics. Wow.

I was pleasantly surprised when my guy really took this advice to heart. I was returning from an 8 day international gig and I called home to check in. I asked how the search was going and he said, I took your advice, we spent the week fishing and playing crazy 8. Rock on dude, very cool!

I hope when we look back on the summer of 08, it's not about the unemployment story, it will be the record bluegill catch from the 6 year old that will be the great memory. We've got the fish log to refer to if the lies start flying at her graduation party.
Posted by test at 10:35 PM