Yesterday I took my son to his yearly check up at the doctor.  He now weighs as much as a supermodel.

I woke up this morning still thinking about this reality and being scared out of mind.  You see, this crept up on me.  I had planned to be such a better mom.  I don't totally suck at it, I mean, we don't sell crack out the backdoor or anything but there is a ton of room for improvement.  Did I have to stand in the kitchen on multiple occassions and scream, "Get your arse down here or you'll miss the bus!" Yea, there's tons of stuff that will come up in his therapy for sure. Things I'm too scared to even share with you, my Random Thinkers.

There are so many things I was planning to do to help him win the Nobel Peace Prize.  I'm really behind on my grand plans.  I'm scared out of my Sketchers that it's too late to catch up on some of it. How am I ever going to show up in one of those P&G proud mom commercials now?

We stand and tell our friends and family that our kids are the most important things in our life. Then while we're busy trying to pay the mortgage and stay married, they're sitting at the kitchen counter waiting for their turn.  Yea, I'm done with that. I'm in freak out mode.

So, it's too late to buy those fancy ink blots and Mozart baby mobiles, but I can start talking. A lot. And I can start being a better role model.  I can start by sitting at the kitchen counter and walking with him through this crazy fun house called Middle School.  As my friend Jim Struck says, "I'm moving into coach mode."

I can't beat up the other kids at the dance for him.  Well, I could, because I'm crazy strong and a little crazy, but I shouldn't do that.  I should teach him the times that it's ok to beat the crap out of that little punk Randy for bullying him and the times that you really should walk away and more important, when you should walk away and start a petition and a movement for the equal treatment of geeky science kids with great hair. 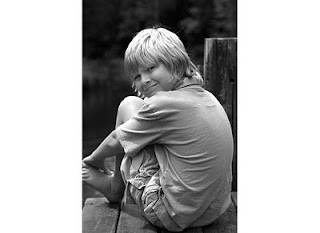 Maybe I'll even get a whistle to wear around my neck so everyone knows there's a new coach in town.

Are there things in your life that you're gonna get around to when you get caught up?  Caught up on life, caught up laundry, caught up on everything?  (tap tap tap, hey Mister, time to get crackin' on the big stuff, you'll never get caught up on that tornado of a life you're leading.)

That weekly drive to and from guitar practice with dude is going to be all about coaching. I like the car/hostage situation.  Last week we talked about the culture of rock n roll and how he will deal with that sex, drugs and rock n roll thing. I'm steering him toward a Christian Rock career so I don't have to deal with Axl Rose living in my basement.
Posted by test at 11:17 AM