Are We Afraid of Thanksgiving?

It's November 10th and the Christmas music and decorations were abound today in the shops. Starbucks launched their red cups almost two weeks ago and I was told today they would only carry Thanksgiving Blend coffee until Tuesday. Thanksgiving isn't until the 28th.  That would take some major pre-planning for me to buy coffee for Thanksgiving 18 days early.

Look, I know that the Christmas push for retail stores is about revenue, making them more money.  I'm okay with that.  That's good for our economy and it helps create jobs and all that stuff.  For us as individuals, I think it's more than that.  I believe we're eager to jump into the glitz and the glamour and the commercial aspect of Christmas because that's another way we dull our pain. We are afraid of Thanksgiving.

Brene Brown teaches beautifully about the numbing we do for ourselves with food, shopping, fill in your vice of choice here __________.   We numb our painful emotions and therefore we numb the joy and vulnerability that should be present in our lives. When we are invited with sparkly decorations and holiday sales, why wouldn't we advance our numbing techniques to an all time high.

We're afraid of the quiet of Thanksgiving.  It's not glitzy enough for our tastes.

Let's consider the origin of Thanksgiving paraphrased from from History.com

In September 1620, a small ship called the Mayflower left Plymouth, England, carrying 102 passengers—an assortment of religious separatists seeking a new home where they could freely practice their faith and other individuals lured by the promise of prosperity and land ownership in the New World. After a treacherous and uncomfortable crossing that lasted 66 days, they dropped anchor near the tip of Cape Cod, far north of their intended destination at the mouth of the Hudson River. One month later, the Mayflower crossed Massachusetts Bay, where the Pilgrims, as they are now commonly known, began the work of establishing a village at Plymouth.

Throughout that first brutal winter, most of the colonists remained on board the ship, where they suffered from exposure, scurvy and outbreaks of contagious disease. Only half of the Mayflower’s original passengers and crew lived to see their first New England spring. In March, the remaining settlers moved ashore, where they received an astonishing visit from an Abenaki Indian who greeted them in English. Several days later, he returned with another Native American, Squanto, a member of the Pawtuxet tribe who had been kidnapped by an English sea captain and sold into slavery before escaping to London and returning to his homeland on an exploratory expedition. Squanto taught the Pilgrims, weakened by malnutrition and illness, how to cultivate corn, extract sap from maple trees, catch fish in the rivers and avoid poisonous plants. He also helped the settlers forge an alliance with the Wampanoag, a local tribe, which would endure for more than 50 years and tragically remains one of the sole examples of harmony between European colonists and Native Americans.

In November 1621, after the Pilgrims’ first corn harvest proved successful, Governor William Bradford organized a celebratory feast and invited a group of the fledgling colony’s Native American allies, including the Wampanoag chief Massasoit. Now remembered as American’s “first Thanksgiving”—although the Pilgrims themselves may not have used the term at the time—the festival lasted for three days. While no record exists of the historic banquet’s exact menu, the Pilgrim chronicler Edward Winslow wrote in his journal that Governor Bradford sent four men on a “fowling” mission in preparation for the event, and that the Wampanoag guests arrived bearing five deer.


So why do we still celebrate Thanksgiving?


On November 1, 1777, by order of Congress, the first National Thanksgiving Proclamation was proclaimed, and signed by Henry Laurens, President of Continental Congress.


"…for solemn thanksgiving and praise. That with one heart and one voice the good people may express the grateful feelings of their hearts, and consecrate themselves to the service of their Divine Benefactor;……"


Then again, on January 1, 1795, our first United States President, George Washington, wrote his famed National Thanksgiving Proclamation, in which he says that it is…


Thursday, the 19th day of February, 1795 was thus set aside by George Washington as a National Day of Thanksgiving.


Many years later, on October 3, 1863, Abraham Lincoln proclaimed, by Act of Congress, an annual National Day of Thanksgiving "on the last Thursday of November.

So what does this mean today?


If we really wanted to give Thanksgiving its due we'd recognize some key pieces of this celebration.

1. We all need to give and receive help.
Those pilgrims would have all perished had they not accepted help from the Native Americans.   Isn't this a message that we all need to acknowledge and reinforce?

3. Gratitude has huge benefits.
Gratitude helps our health, our soul, our relationships, just about every aspect of our lives is positively impacted by the act of practicing gratitude.
Even the smarties at Harvard say this:

The term thanksgiving actually comes from the English translation of the Bible where it means, "giving thanks to God"

The pilgrims were giving thanks for the help that Squanto gave them, their food, and their new way of living.

So yes, I took a stand on the red cups at Starbucks until after Thanksgiving.  But it's much more than that.  Are we too afraid to take the time we need to stop and be vulnerable, to ask for help, extend some help, and just be still in our own gratitude.  Is the oooh shiny of Christmas too big of a draw pushing us to gloss over a holiday that could give us more peace, better relationships, and all in all better health?

So this year, I encourage you; buy a decent turkey and pick up some real food.  Don't complain that it's too much work to fix the whole meal.  Those pilgrims had a rough year to bring that food to their table, you just need to get in your car and get to the market.

Bring your kids together for some quality time.  Do that really uncomfortable thing of going around the table and asking everyone what they're grateful for this year.  And then ask them every week, maybe every day until it's no longer an awkward yearly tradition. Learn to practice gratitude on days with less sugar and carbs.  Let Thanksgiving be the culmination of 365 days of gratitude. 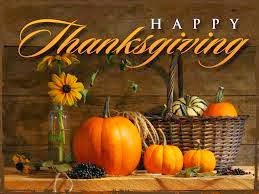