I'm on Spring Break this week and one of my observations every year is the "moms".  As the mom of a pre-teen and a teen my heart aches for the moms that are hauling a truckload of gear from the beach to the condo every day ....... twice.  Once in the morning before nap.  Again in the afternoon after the nap.   It's exhausting and while I say a little prayer for them, my heart says, "thank God that's over".  Now I point to my kids stuff and say, "Better grab your stuff."

So today I want to have a little chat with you dads, granddads, grandmas, anyone that's traveling with these moms of the wee ones.  Here's the real truth.

These moms desperately wanted to come on this vacation but there is nothing restful about it.  Nothing.  Traveling with young children is like a game of survivor and there is no million bucks at the end.  In fact, there's a hole where your savings used to be.

And yet, we moms are a resilient bunch, we will endure the hours of frustration and exhaustion for the handful of cute pics of that toddler with their sand castle or splashing the waves, or riding around the pool in their pink dinosaur floaty ring.  We will endure.  There will be fun, no matter the cost.

So if you're the one traveling with them here's what I want you to know.

1. They need some rest.  They will insist they're fine and don't need it and we lie, we all lie because we're afraid that we're the only one that needs the rest and no one wants to be the mom that couldn't hack it.

2. Help them get some rest but you've got to be really careful how you play this one.  Never say, "honey, you look tired, why don't you go up and get some rest."  Nothing evokes the rally of a mom shamed like that statement.  No matter how tired she is, she will book a dolphin excursion on the spot, or order the cabana boy to bring a round of Mai Tais to prove that she's still got it.  Partly because we don't want to admit defeat, partly because we're afraid we'll miss something and partly because we're afraid we must be doing it wrong if we're so dang tired.

4. Stick to some routines if you're taking the kids off for some fun.  If little Suzi and Johnny usually eat all organic, don't take them to the Golden Arches and the ice cream shop for your little treat, and then drop them back off for hours of freak show poop and raging screams of sugar buzz.  And if they nap around 2, then take them to your place and let them nap or drive around in the car for 2 hours while they sleep, don't take them back exhausted and scary.  That's why we don't ask for help, we've lulled ourselves into believing it's easier to just do it ourselves.

5.  Know what she likes.  If she's a Sun Loving Goddess from the days of her teens, then take the kids during the best part of the day and hand her a People Mag and order her the Mai Tai and then cart those kids away before her ice starts to melt.  If she's a sleeper, cover those kids mouths and sneak them out to waffle house at the break of dawn and keep them out til lunch with a note that says, "Lounge Away Baby, you deserve it because you're the best mom this side of the Atlantic"  With lots of hugs and kisses (those are X's and O's for the note writing challenged).

6. DO NOT come back from your adventure with how cute and fabulous it was.  Buffer all that down a bit.  She wanted the break but will be devastated if something amazing happened without her.  Wait and show her the cute pics when you get home.  Or don't tell her that little Suzi took her first steps with the waitress at the Waffle House.  You won't be the first parent to do a first step "fake out".

7. And most of all, take pics of her and the kids when she's not paying attention.  Lots of them.  Don't ask her to pose because she will refuse and try to suck in her gut and stage the whole thing for Facebook.  This isn't about Facebook.  This is about capturing the love of a mother for her children.  There are too many scrapbooks and shoeboxes of pictures without mom in the scene.  Don't let that happen to your beautiful wife or daughter or friend.  She'll love you a thousand times over someday when she's no longer obsessed about the baby weight that most of us never lose but just learn to accommodate. 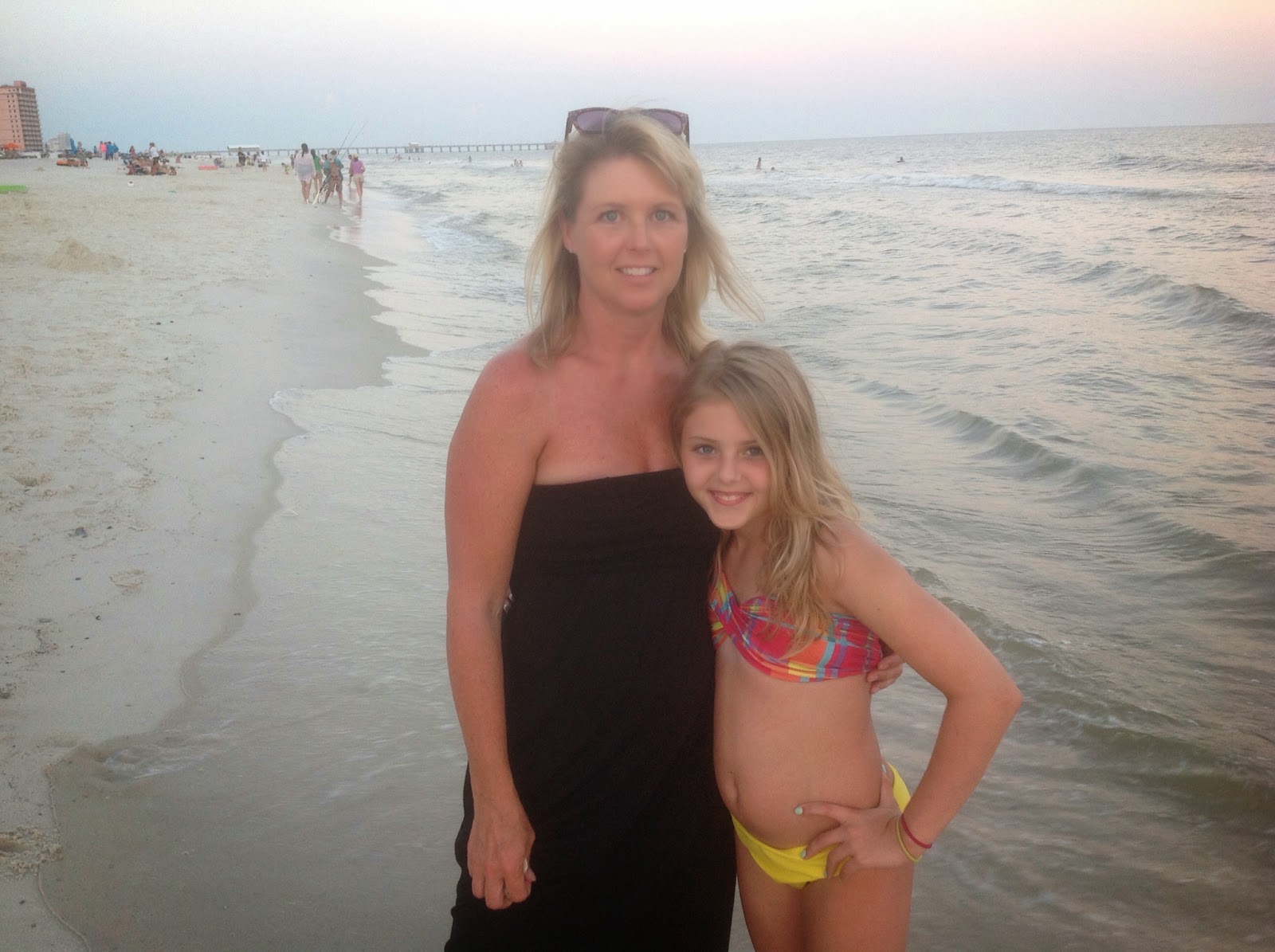